Written by Agraciouswoman on November 23, 2022 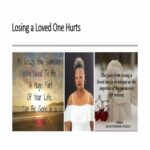 Words Accompanied by The Spirit
Losing A Loved One Hurts 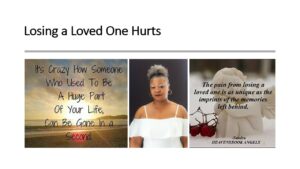 Losing A Loved One

I wanted to speak on this because the Holy Spirit has been speaking to me about the permanence of physical death. Just recently a well-known entertainer died. YouTube videos began circulating after the funeral service claiming that their loved ones were attempting to contact the afterlife for a sign that he is okay.

It was as if they were accusing the individual of conjuring up spirits from the dead. But the way they were making fun of this is stupid and very ignorant. Spiritually as well as physically. I just want to give my take on what I feel this family member was attempting to express. An impartation from the Holy Spirit.

We as humans, at certain points in our lives, feel like we are immortal. Having no regard for death. And the finality of it. But when death hits close to home, prematurely, people tend to question their mortality. If they have some wisdom. Hopefully, it shouldn’t even get to this point.

It is crucial to establish a relationship with God before then. But regardless, if you have some sort of wisdom you tend to ask yourself, “What happens after death”?

True Encounters with Those Who Have Passed On

I want to point out a couple of things using an example from my own life. Let me say, that for anyone that has truly encountered a spirit, there is an aspect of fear. Years ago, someone kind of close to me died. Soon after, I was in my room. Late night or early morning. He came to me, and I immediately woke up as he sat on the edge of my bed. He was wearing the same clothes that he was killed in. He started talking to me, but I was so scared I could not take the time to figure out what he was saying. It was a terror that I never felt before.

It was so intense that I even attempted to call my mother for help. As a “grown woman”. Over 18 and not yet 21. But I couldn’t speak. He then laid back on the bed and continued to talk to me. Then I closed my eyes and started praying. Opening them every few seconds to see if he was still there. He then disappeared and, in his place, I could see the imprint on the bed where he was sitting. He was still there. By this time, I was horrified. I felt as if I woke up, but I knew that this was not a dream.

I want to confirm that spirits are not to be played with. In the word of God, Saul went to consult a medium to conjure up the spirit of Samuel. Saul was attempting to find out his fate. Saul was about to battle the Philistines and he was afraid. Saul knew what was prophesied over his life he just did not know when it would come to pass.

The Holy Spirit imparted to me how scared this medium was when she conjured up Samuel. It is written, “When the woman saw Samuel, she screamed with a loud voice; and she said to Saul, ‘Why have you deceived me? You are Saul!'”(1 Samuel 28: 12, AMP). This fear had nothing to do with being deceived. It was because she had been dabbling in witchcraft. She thought that she had control over what was going on. That she had authority over the spirits. When she realized that she had no control over Samuel, whom she had called, she was in fear for her soul. Knowing that God has the power over life and death.

Stop Mocking the Pain of Others

So let me put this out there. These types of mocking videos are not funny. Content creators that outright lie and utilize deception for likes and clicks. It is so pathetic. What is sad is that they don’t see this as a problem. Their need to know that he is okay stems from the inability to console their loved ones that have been left behind to deal with the aftermath.

I am saddened by the depths that people will go to. Enriching themselves at others’ expense. I am praying for them and their family. And anyone else out there that is willing to hear. You should establish a relationship with God now. Because we do not know when we will take our last breath. It is written, “Since his days are determined, the number of his months is with You [in Your control], and You have made his limits so he cannot pass [his allotted time]” (Job 14: 5, AMP). “And as it is appointed unto men once to die, but after this the judgement:” (Hebrews 9: 27, AMP).

Get Your Spiritual Lives in Order

The only way we could ever know beforehand is if God comes to you and tells you. There have been a few occurrences in the Bible. These either did not see death or they were made aware so that they could get their houses in order. And up until now, many people seem to accurately predict their demise.

“And [in reverent fear and obedience] Enoch walked with God; and he was not [found among men], because God took him [away to be home with Him]” (Genesis 5: 24, AMP). Elijah was also one who did not see death. “As they continued along and talked, behold, a chariot of fire with horses of fire [appeared suddenly and] separated the two of them, and Elijah went up to heaven in a whirlwind” (2 Kings 2: 11, AMP).

Certain prophets who were very close to God were also told that they would see his face in peace. Such as Daniel and John. But these are rare instances. You have to work out your salvation with fear and trembling. No man knows whether he will ascend above or whether he will descend below. So, this should convince people to seriously think that it is time to get their spiritual house in order. Because just as on the day of Jesus’ return, death is also inevitable.

The Problem with Saying Rest in Peace

I recently watched a video in which a young man was admonishing people to stop saying rest in peace. Now you have to watch the video to get the context of it. And I will confirm this with the word of the LORD. “But the righteousness based on faith [which produces a right relationship with Him] says the following: “Do not say in your heart, ‘Who will ascend into heaven?’ that is, to bring Christ down; or ‘Who will descend into the abyss?’ that is, to bring Christ up from the dead [as if we had to be saved by our own efforts, doing the impossible]” (Romans 10: 6-7, AMP).

The word then guides you as to what you should have faith in, “But what does it say? ‘The WORD is near you, in your mouth and in your heart’-that is, the word [the message, the basis] of faith which we preach-” (Romans 10: 8, AMP).

In my life, I cannot ever remember a time, when I lost my father, my grandmother, my grandfather, and in my youth, people that I went to school with, I do not recall saying RIP or RIH. Or any other similar phrases. I have always been aware that heaven and hell are real. We go on to eternal peace or eternal damnation.

As pointed out in the video, the devil is crafty. He makes it seem as if this saying is harmless. But this deceives people. They become bold. Choosing to live their lives any way they want. With a lack of accountability. But hell is real and so is God’s judgment.

Tell The Truth in Love

Again, I am hoping that you think about this. Not only for yourselves but for your loved ones. For believers, it is cruel to allow them to walk in darkness without warning them about what is to come. This does not mean you have to berate them with the Word. Your example should say more than words ever can. But you need to talk to your family and let them know that this is real.

I shared this with my kids and loved ones many times over the years. You do not just live and then die. You live, you die, and then you are judged. This judgment is inescapable. My constant prayer for my family is that they will be saved. Hopefully, instead of praying for that house or car, you may want to pray for something far more valuable. The eternal resting place of our very souls.

Let me add this one final thing. People are spreading misinformation and doing all these videos for so-called clicks and likes in an attempt to increase views. Manipulation is another form of witchcraft. Let me say that again. Manipulation is a form of witchcraft. When you see these, I wouldn’t even watch them once you discern bewitchment. Those that practice in occultism will have to answer to God.

Remember, no matter how many people say rest in peace or rest in heaven, God is not of the world or like the world. He is not going to be swayed from the judgment that was foretold before he even created this world. He is not going to change His mind. Even if millions and billions are saying and praying this at the same time. God is not like man, His judgment is true, and it is final. 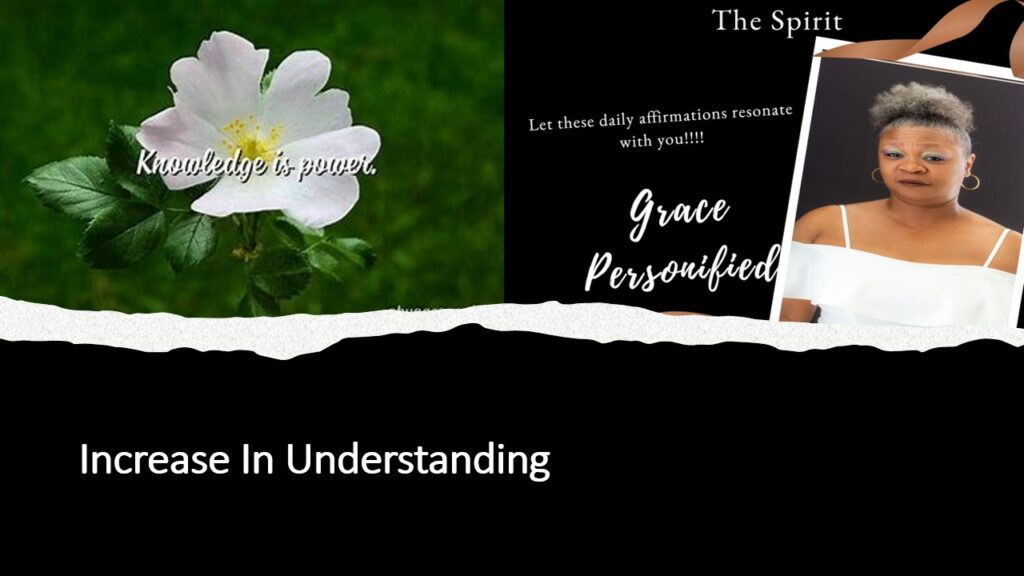 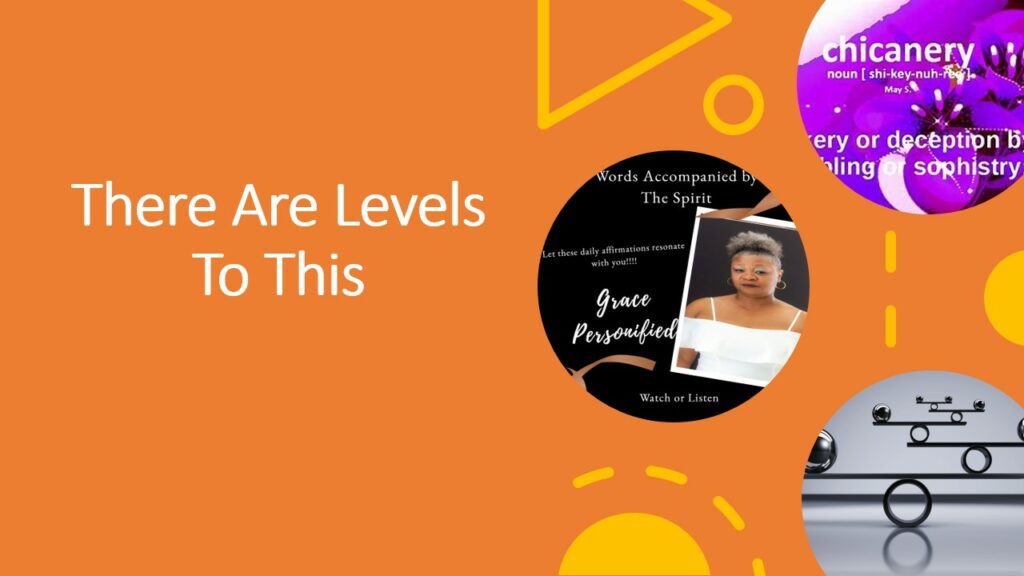