Only God Can Deliver

Written by Agraciouswoman on December 20, 2022

Words Accompanied by The Spirit
Only God Can Deliver 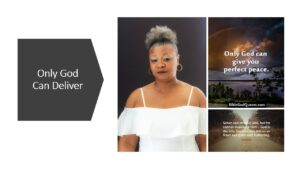 Only God Can Deliver

Today the LORD has led me to a specific issue. Man’s trust in the enemy. Satan.

People are making deals with the devil every day. Whether it is for fame, riches, or long life.
But this carnality is temporary. Fleeting. He is a liar, and it is evidenced by the fact that he cannot promise eternal salvation.

Death is a spirit also. And he is spoken of throughout the word of the LORD. It is written, “Because ye have said, We have made a covenant with death, and with hell are we at agreement; when the overflowing scourge shall pass through, it will not come unto us: for we have made lies our refuge, and under falsehood have we hid ourselves” (Isaiah 28: 15, KJV). Yet you still die.

The Dead Cannot Help the Living

People have even begun to say that the ancestors will fight for us. Yet, they are dead.
The story of Lazarus is critical to understanding. Stay with me.

“Now there was a certain rich man who was habitually dressed in expensive purple and fine linen, and celebrated and lived joyously in splendor every day.

“And a poor man named Lazarus, was laid at his gate, covered with sores.

“He [eagerly] longed to eat the crumbs which fell from the rich man’s table. Besides, even the dogs were coming and licking his sores.
(Before I go on, I want you to recognize that this “rich man” was not even mentioned by his name. That should speak volumes.)

Paradise or Torment, it’s Your Choice

“Now it happened that the poor man died and his spirit was carried away by the angels to Abraham’s bosom (paradise); and the rich man also died and was buried.

“In Hades (Hell, the realm of the dead), being in torment, he looked up and saw Abraham far away and Lazarus in his bosom (paradise).

(Let me interject again. I didn’t tend my father’s funeral when he died, I was pregnant with a child that is now in paradise. I am well aware that those who have passed on. No matter where they are. Know what is transpiring in this life. To those who are left behind.)

“And he cried out, ‘Father Abraham, have mercy on me, and send Lazarus so that he may dip his finger in water and cool my tongue, because I am in severe agony in this flame.’

“But Abraham said, ‘Son, remember that in your lifetime you received your good things [all comforts and delights], and Lazarus likewise bad things [all discomforts and distresses]; but now he is comforted here [in paradise], while you are in severe agony.

“And besides all this, between us and you [people] a great chasm has been fixed, so that those who want to come over from here to you will not be able, and none may cross over from there to us’ (Luke 16: 19-26, AMP).

So, when someone says the spirits of the dead (people) will protect me. Don’t believe that lie. Good and evil people exist. And even on earth they co-mingle. But in death they are separated. Permanently.

The Devil Can’t Save You

This is what the LORD has spoken to those who enter into these agreements. “I will make justice the measuring line and righteousness the mason’s level; Then hail will sweep away the refuge of lies and waters will flood over the secret [hiding] place.
“Your covenant with death will be annulled, and your agreement with Sheol (the place of the dead) will not stand;

“When the overwhelming scourge passes through, then you will become its trampling ground.

“As often as it passes through, it will seize you; For morning after morning it will pass through, by day and night, and it will be sheer terror to understand what it means” (Isaiah 28: 17-19, AMP).

When people comprehend the seriousness of what they have done. The realization and the gripping fear. If they are wise. They understand the finality of the situation.
So, I want to give even further clarity. Some synonyms of scourge are affliction, curse, plague, evil, and burden. Synonyms of vexation are annoyance, irritability, anger, rage, and fury.

The fact that it is described as sheer terror can attest to the feelings of doom when they become fully cognizant that they have been deceived.

I am being transparent with you because I watched a video of a Christian that was giving his thoughts and perspectives about a situation. And although much of what he said was true. There were many things that I disagree with.

The underlying premise of what the Spirit imparted to me is that people are unable to heal and seek life and wholeness because they are refusing to see how their actions or lack thereof is, a direct contributing factor to the state of this world. Past and present. Why do you think that we are commanded to work out our own salvation with fear and trembling.
The level of deception is unparalleled. Even when it is self-inflicted.

The need for a personal relationship with God is integral. There is too much misinformation being circulated. The blind is leading the blind and they both are falling into ditches.

Because “If the Son (Jesus Christ) therefore shall make you free, ye shall be free indeed” (John 8: 36, KJV). 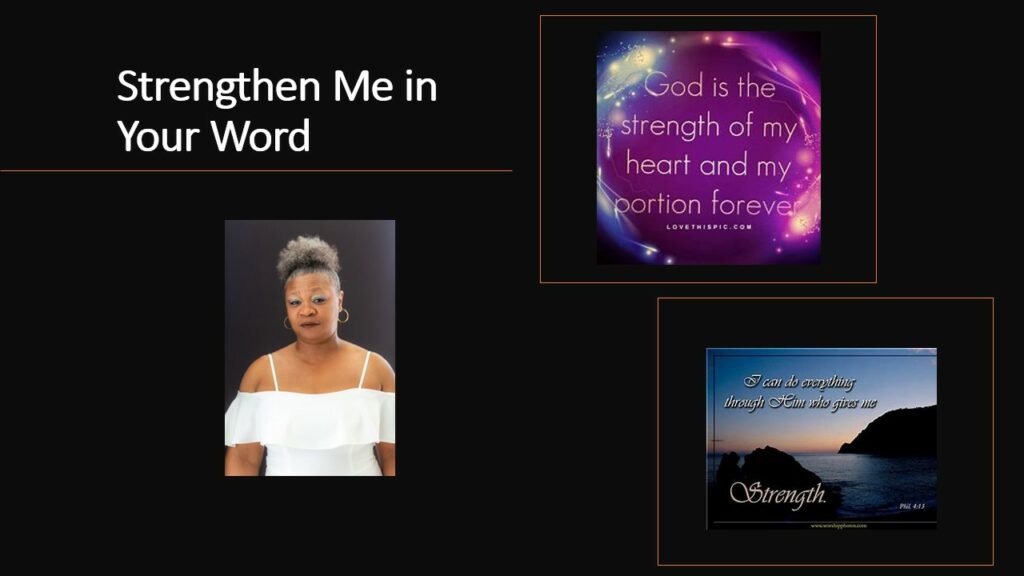