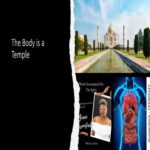 Words Accompanied by The Spirit
The Body is a Temple!!! 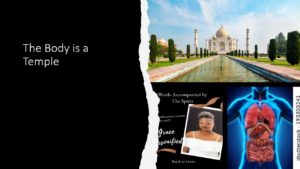 The Body is a Temple

While prophesying to his sons (blessings and curses), Israel is about to die. What is significant about his oldest son Reuben is that he slept with his father’s concubine.

Because of this, Reuben lost his birthright. The favor that would have established him the right to benefit at least a double portion of more than his other brothers combined.

Reuben was the beginning of his strength, preeminent in dignity and power. (This is the blessing for the firstborn, and it is rarely achieved by the eldest. A curse that has transcended time and families.) Reuben’s sinful lust was described as making him unstable.

Consequently, Israel never mentioned to him how painful and treacherous the act was. Nevertheless, these actions had to have eroded the little trust that Israel had in him.

The deceitful nature of the act was escalated, secondary to hiding this enigma. More so, Israel wanted him to know that he was aware of the incident.

The Perils of Sexual Immorality

Sexual immorality is rampant in today’s society and has touched all of our lives. Whether directly or indirectly.

Indeed, it is a sin that defiles, and the only sin that is committed against the body.

When you think about it, you can murder someone. And although equally egregious, that spirit is already within you. Consequently, when you sin sexually, you open the door to more demonic spirits. Making you more vulnerable. Leading to instability and even greater iniquity.

Sexual sin is the unrestrained catalyst for adultery, homicide, and almost every other transgression. Sexual immorality stems from a lack of self-control. It deficient of self-love, unreasonable, and selfish. Recklessly destroying its prey with a vengeance.

Simply put, how many negative relationships of bitter sibling rivalry and its consequences, could have been avoided. Abraham and Israel included.

Both men should have said no when the sexual temptation was offered to them. Even if done so foolishly by their own wives. (That is another lesson for another time.)

Israel also made many mistakes as a parent, as we all do. There were so many unresolved issues that should have been dealt with before the end of his life.

It shows the importance of healthy confrontations. From a place of being willing to resolve and forgive.

Indeed, Israel was anointed. Nevertheless, this shows that he was human with his own shortcomings. Israel lacked accountability as their father. Moreover, he added to the turmoil of this family’s dynamics.

Are you ready to break generational curses? Because this is what it comes down too. It is up to us as an individual to break the chains.