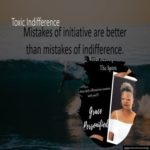 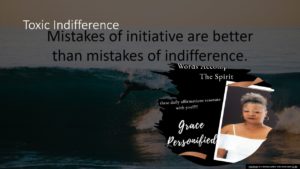 I am exploring the story of Ahab from a different angle. You can read 1 Kings 20-22.

Ahab and Jehoshaphat were kings over Israel and Judah, respectively. They were also friends. Totally opposite in character. However, Ahab is known mostly for his evil wife Jezebel. Ahab was corrupt and immature.

Prior to Jezebel having Naboth killed for his vineyard, Ahab had just returned from sparing king Ben-hadad. Ben-hadad had insulted the LORD and would have shown no mercy to Ahab. Indeed, had he been victorious in his demands against Ahab.

For the sake of greed and material wealth that was offered to him, Ahab spared Ben-hadad. Against God’s will. Calling him “brother”.

After the prophet confronted Ahab, he became sullen and resentful. In a vain attempt to regain his dignity, he then asked Naboth to give up his inheritance. When Naboth refused he went home, brooding like a child. He laid in his bed, refusing to eat or drink. With his face against the wall. This, from the king of Israel.

Jezebel then took the initiative to have Naboth killed. How dare anyone deny the king? Deadly attributes of “entitled” individuals. The manner in which Naboth’s life was taken, was crude and painful. Nevertheless, they were both okay with it. Naboth’s life meant nothing to them.

When confronted by Elijah the prophet, Ahab became repentant. For all of five minutes. Even then, the LORD was gracious and merciful. Promising not to bring the evil to pass in Ahab’s lifetime. Understand that it was imminent. Just possibly delayed. An oath that may wreak havoc in his son’s life.

However, that is to give you some background. Definitely not comprehensive of how malicious Ahab was.

Notwithstanding, there was no war between Ahab and the king of Syria for three years. Yet Ahab decided that it was time for Ben-hadad to pay him what he promised. Ahab asked Jehoshaphat, king of Judah, to go to battle with him. Jehoshaphat agreed, but in his wisdom, he wanted to inquire of the LORD first.

Ahab gathered all of his false prophets. Four hundred men who told him what he wanted to hear. But Jehoshaphat doubted their authenticity. He requested to hear from a true prophet.

Now let me add this, when Elijah confronted Ahab, he referred to Elijah as his “enemy”. Admittedly, Ahab knew Elijah was a true prophet. He was never deceived in the Word of the LORD. He chose evil. Choosing witchcraft and disobedience. Willing to ignore God’s judgment.

Even those surrounding him were complacent to his mental instability. Evidenced by the officer that escorted Micaiah the prophet, asking him to tell Ahab what he wanted too here. But just as Elijah, Micaiah spoke the words of the LORD.

Albeit when confronted with God’s warning, Ahab showed a blatant disregard for His sovereignty.

Watch Out for Fake Friends

Ahab asked Jehoshaphat to put on his royal robes while he disguised himself for the battle. Ahab knew that they would be intent on killing him. His iniquity had become full. Ahab actually thought that he could circumvent his fate. Even at the risk of his friend’s life. He was an entitled, privileged, man-child. But it didn’t matter. God’s will is inevitable.

Ironically, Ahab was killed by Ben-hadad whom he spared. Not only that, Ben-hadad specifically told his captains to focus on no one but king Ahab. He wanted him dead.

As I stated earlier, Ahab was not a friend to Jehoshaphat. However, Jehoshaphat was righteous in the eyes of God and was therefore spared.

Moreover, be careful who you call your “friend”. Or who you align yourselves with. Don’t be unequally yoked. Whereas, some have not survived the malevolent evil of a fake, jealous, envious frenemy.