When They Fear Your Anointing

Written by Agraciouswoman on August 16, 2022 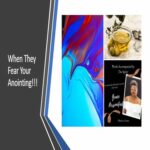 Words Accompanied by The Spirit
When They Fear Your Anointing 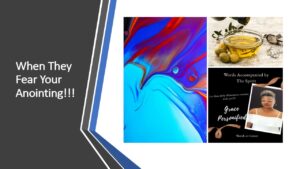 When They Fear Your Anointing

As I spend time in the Spirit, I am drawn to 1 Samuel 18. In the prior chapter, David defeated the giant Philistine Goliath.

Indeed, the Spirit of the LORD left Saul and he began to be tormented by an evil spirit.  At the same time, the LORD is walking David right into his anointing.

Likewise, we realize that this is when the spiritual warfare began for David. It is not the beginning. As his brothers showed contempt and maltreatment for him. Nevertheless, eventually evolved.

David is unjustly pursued by Saul who hated him. Knowing that the LORD is with David.

Saul’s jealousy and envy set in motion his desire to kill David. As if eliminating him would restore his standing with men and/or God. (Think of Cain and Abel.)

This is a form of pride that I see every day as a nurse. The LORD only decides who lives and who dies. When a fragile human is healed by the LORD’s grace. Days are added to their life. They immediately begin to brag about their strength. Albeit the truth is that no man or “ancestor” can keep his soul alive.

But I digress…The focus is on how your enemies fear your anointing. Saul could not even look at David. Additionally, being unable to stand being in the same room with him. Likewise, Saul and those willing to do his bidding continually planned on how to kill David.

Saul’s true character is becoming more evident. Authenticating why God rejects him. Moreover, Saul is willing to give his daughter to David. As a snare. Speaking volumes about her character and the distress she may have caused him while growing up. Nevertheless, for a season, as much as was possible, she loved David.

Saul’s torturous insults toward David caused him great despair. David, who respected, loved, and feared him.

However, this is a part of David’s preparation. To strengthen his discernment. While distinguishing those that are worthy of his trust from those who would either attempt to use him or worse.

Many people think that when you are anointed you should not experience hardship. As it is written, “It is good for me that I have been afflicted, that I may learn Your statutes.” (Psalm 119:71)

This right here is reminiscent of the fact of how precious it is to be consecrated by Him. I can attest that it can be very grievous. It is a purification that is necessary.

Nonetheless, the enemy and those who are not in right standing (spiritually), will see this and fear you. It is profoundly written that God does not give us a spirit of fear. And rightfully so.

Therefore, the attribute of fear will lead to cataclysmic consequences. Except for being motivated to move through this stagnating emotion. Otherwise, we may be enslaved by this evil spirit. Particularly those who are plagued by the acts of the tormented or tormentors.

Think About What You Are Thinking About

As I write this, the feeling of discouragement is replaced with thankfulness. There is no need to be envious or like evil doers. Who think that they are flourishing. But as the grass withers…

To be chosen is momentous! God does not take this likely. And neither should we.

In the end not only has Saul died. But he is a direct and willing participant in the death of Jonathan, his son. Who ultimately chose love and loyalty for Saul. Being there for him in times of war. All the while knowing that Saul was wrong on many levels.

David’s love and zeal for God were and is still being manifested to this very day. Jesus does not forget those whom He consecrates. And we must not forget the magnitude of what it takes to walk into and through our destiny with Him.